I personally would just moderate contributions that show up - sure that means that I end up with a queue and conversation isn’t real-time that way. But that’s a fine tradeoff I think. And if you want real-time, you can make unmoderated additions monochromatic or something to set them apart.

I suppose what I was imagining was more of a forum or a client of some kind than one’s own presentation on one’s own site. Here… 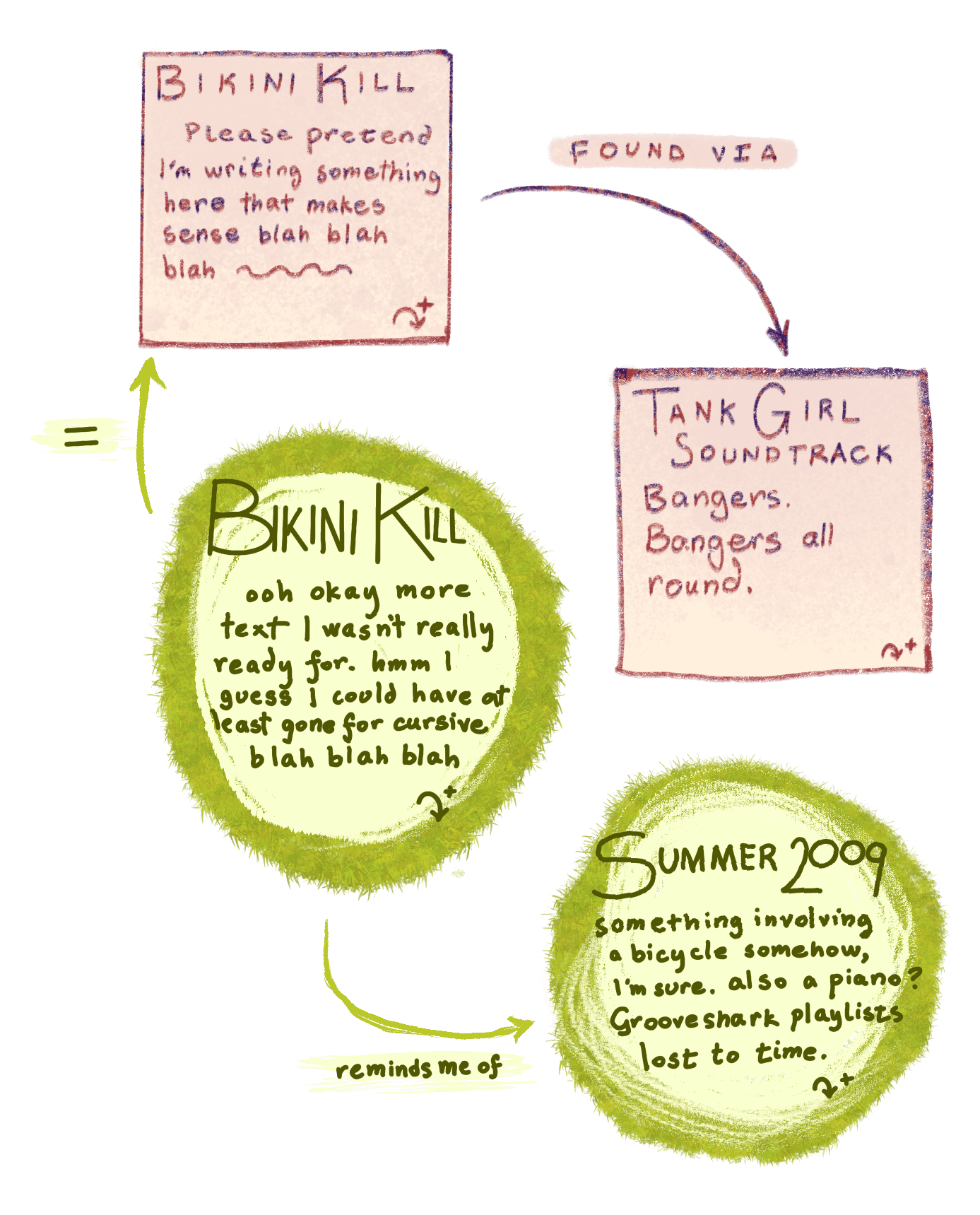 The fun part about that is that the interesting juxtapositions are also a function of your individual curation of who you’re choosing to keep up with and their social connection. This is already true on any decent blogroll RSS experience, but… the layout is the key. While any algorithmic approach won’t reach the aesthetic heights of a comic log, it has its own charm1.

A side note on blob size: I was really taken with Ton Zylstra’s idea that 200 words is the Right Size Chunk–the idea that there is a Right Size Chunk to be determined! When I was poking at my own ideas about such things I was imagining some kind of curses-based interface….

Anywho, you see what I mean about it not being about one’s own presentation of one’s own webmentions on one’s own site.

There is something delicious, however, about semi-licit unpermitted hypertexting. I am delighted by how Hypothesis allows me the illusion of being able to write in the margins of a text. But it isn’t enough, is it?

Yes, there’s too much conflict already, and who’d want to increase it with yet another venue for argument – but… don’t you think we ought to be able to apply graffiti to the internet by now?

I bought a set of zines copied from old Kathleen Hanna ones. The cut up images are captivating. Copy of a copy – even just the form looks really hostile toward the original source material somehow, and I love it.

Shouldn’t I be able to draw on top of a photocopy of things in this era2?

I mean the other way of doing this is like the public self-modelers did. They just gave each other direct access to each other’s wikis and trusted each other to take care of it. That worked really well.

I read the modelers and admire them! I’m trying to be braver with iterating, adjusting in public, but I can’t imagine doing what they do. I write things in my TiddlyWiki and when they’re ready I tag them for a cron job to float them off into the world…

And, as now, I am tempted to fuss with them too long! Godspeed with the microformats :)