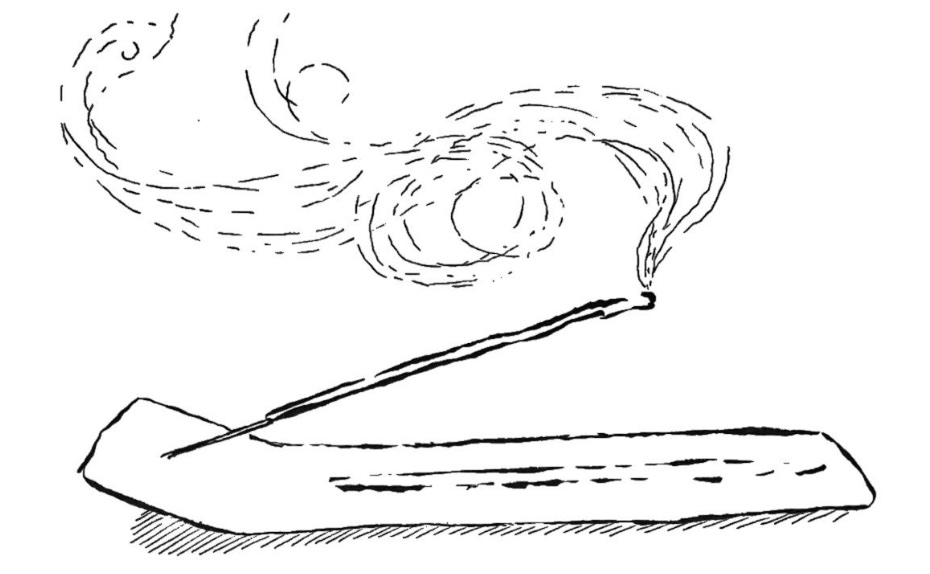 Cored stick incense, where the incense material is wrapped around a core of bamboo, is more common from India and China. I find it is often simply too strong for the environments in which I want to burn incense, even when of high enough quality that you’re not just inhaling a chem lab1.

If you are interested in Japanese incense, I recommend starting out with some Morning Star incense. It’s quite cheap, there are a wide variety of scents, and one stick is just about right to douse an interior space without smothering it. If you are burning it next to an air sensor, as I have happened to do, you will see the air quality measures spike to alarming numbers–but this dissipates quickly as the smoke diffuses through the room. A good reminder that any aromatic substance–particularly any relying upon combustion–really does require from us that we keep an eye on ventilation.

This is a specific brand of Armenian paper, which is an incense that has been used to cover up the scent of debauched smokes since the debauched smoke in question was opium. It’s mostly benzoin, which is a scent that is sweet, but in a way unlike vanilla or tonka bean. It feels “clean” to me, despite not being a soap smell.
When it burns, it gives off its smoke quite quickly, and then that smoke diffuses, so I recommend not being quite close for the initial combustion.

This one’s a bit more artificial and chemically than most of them, which isn’t necessarily a deal breaker if pleasant in dilution. I find it is pleasant, but it does need to be burned at more of a distance than other incense.

This smells like the color pink in all the best ways.

Not as subtle as the flavor of yuzu is.

It won’t please anyone looking for a body spray amber scent, but I find it’s at its nicest once it’s sunk into a garment or bedspread and is being smelled as a memory.

I haven’t bought premium incense yet because I fear I would be too frightened of wasting it to ever light it2. I love benzoin (see Prada Candy) and this seems like a nice benzoiny spice to try.