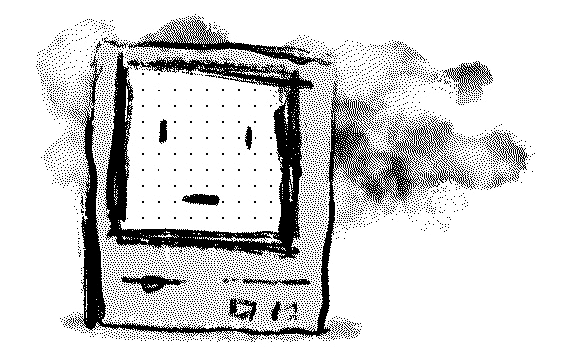 Sometimes I feel weird for posting as much as I do about the web. I’m a professional computer commander, but in my heart of hearts I would really like to be using a lot more of my brain on, you know, non-local color or Anais Nin’s Ladders To Fire or learning ninth chord voicings or something. There are enough nerds being loud about the internet on the internet. Why should I be adding my voice to a chorus?

On the one hand, you can see how it all gets a bit… much.

The other hand, though, is clutching every byte of life that I get to maintain during the pandemic.

We are extremely locked down. Neither member of this household is particularly high risk, but we have jobs that let us become complete shut-ins, and it sort of feels like what we ought to do. We are the last people who ought to get the vaccine, and of those who are ready and willing, we probably will be.

In the same way as political convictions can arise out of discontent with, say, corporate control over the aesthetics of public space, or noticing social dynamics among one’s friends… The inadequacies of the internet, the ways it could be better, they feel more than they used to like they matter, because they feel like they’re happening in my “real life.”

Oh, and “society”! Society is a thing that seethes on the internet now and I’m terrified it’s getting it wrong, and that just adds another layer – to see armed insurrection in one’s country’s capital and the bad tech policy that is surely coming as a result – there’s no way I can impact it, and there’s no point talking about it, but it lends credence to the Importance of Internet in a way that e-commerce figures can’t.

So I’ve got to be a bit gentler on myself for ruminating on questions of internet, maybe. When the world starts again and I can go dance at the goth club and drink tea with friends and watch people in the park – maybe then I’ll recalibrate. But for now, I’m going to let myself believe that getting the internet right really matters enough to set Nin aside for a while.